Establishment and Role of ACAP

At the First Session of the Intergovernmental Meeting (IG1) in March 1998, with East Asian countries participating, it was decided to launch the preparatory phase activities of the Acid Deposition Monitoring Network in East Asia (EANET) in April 1998. After more than two years of preliminary operation, EANET began its activities on a regular basis in January 2001, based on a decision at the Second Session of the Intergovernmental Meeting (IG2) held in October 2000. The Acid Deposition and Oxidant Research Center (ADORC) was established in Niigata, Japan, as a branch office of the Japan Environmental Sanitation Center (JESC), to promote EANET activities, acting as the Network Center and play a pivotal role as Japan’s National Center in this network. ADORC was founded with the support of Niigata Prefecture, the City of Niigata, manufacturing companies, and non-profit organizations (NPOs), under the leadership of the Environment Agency (which has become Ministry of the Environment) of Japan.

ADORC was renamed the Asia Center for Air Pollution Research (ACAP) in June 2010. At the Seventeenth Session of the Intergovernmental Meeting (IG17) in 2015, the following tasks were included in Medium Term Plan (MTP) for the EANET (2016-2020): promoting the monitoring of PM2.5 and ozone (their impacts on global warming/climate change are gaining attention), exchanging information about clean air technologies and regional impact assessment, doing research and studies on emission inventory guidelines, etc., and promoting other related activities. In those fields, ACAP's role has been growing. 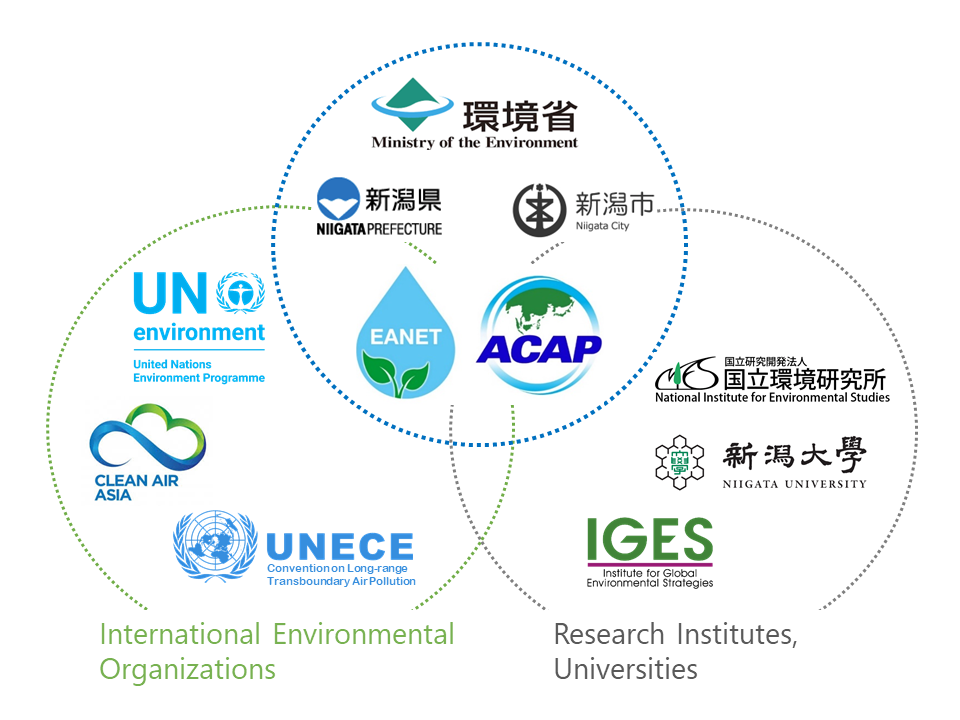